Why? Because on paper, what they did by winning the Premiership should not have been possible. They do not have the skills and ‘championship mentality’ of teams like Chelsea, Manchester City and so on.

And yet they did.

In post-match interviews, the word ‘Energy’ was used many times by Leicester players and management. This doesn’t mean physical fitness. It means that all the players in the squad were so confident, happy and relaxed that their energy bodies allowed the full flow of energy through them, when they needed more energy they just asked and it was supplied.

Also in EFT we have a concept of Leadership which quite simply says that everyone in the team is a leader, and when you create that certainty that all are equal, all have a voice, and all members are empowered to make decisions, it creates a hugely positive energy flow in the team.

If you look at ‘better’ but less successful teams, they have blockages in the energy bodies such as anger, unhappiness, doubt, lack of team spirit, lack of voice, and lack of belief. When you have these blockages, your energy does not flow, and you cannot call on it when you really need it.

With EFT we create what is known as the Plus 10 Visualisation. This is like goal setting but on steroids. You create a future visualisation that is so sensory rich, powerful and loaded with positive emotions, that it gives you the energy NOW to achieve your goal.

Plus 10 Visualisations must be BIG, BOLD, and EXCITING. The bigger the better. Because they become goals that you want to achieve and that will pull you towards them, like the energy equivalent of a Black Hole, except that as it an Energy goal, so it will of course be a shining, burning sparkling hole, that pulls you towards your perfect future.

Leicester City FC have proved that success is not just down to skill or ability. It is down to Psychology and Belief. And these can be taught and learned, whether they are NLP techniques or EFT techniques, they can be learned and applied by anyone.

Finally, it will be stating the obvious that the same techniques can be applied to any Goal, whether it be sports, personal, business, corporate, career – anything. 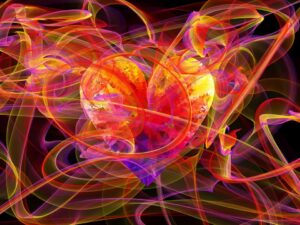